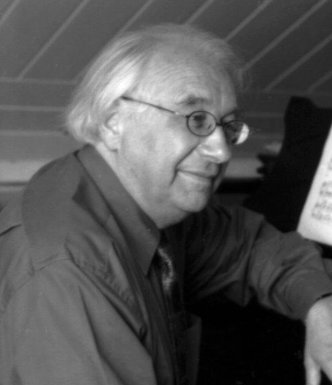 Arnd Dolge was born in 1934 in Annaberg, a town near the Tschechien border to Germany. As a young boy he practised piano and violin and became a student of the conservatoire of music in Sondershausen with 15 years. Further he studied from 1953 in the famous conservatoires of music in Leipzig and in the former Berlin-West.

In 1960 he got an invitation to teach on the Ueno-gakuen-Music University in Tokyo, Japan. Later he taught piano in the music-college in Osaka and became Professor in 1969 as staff member of the Music-College in Atsugi/Tokyo. Back to Germany in 1977, Prof. Dolge did master-classes in piano with the Music-College in Bremen and the University of Coblence/Rhine. He was also engaged as a director of 2 music schools. It was his intention to promote music not only to professionals but also to children and younger people and to spread appreciation of classical music.

Recitals and recordings in Asia and Europe with piano solo, chamber music, piano four hands with his wife and as an accompanist supplemented his teachings.

He started to compose new music with the help of computers and searched for possibilities to use computers for music teaching.

His teaching is distinguished by an unusual clear conception of teaching general principles of piano-technique combined with basic musical structures for individual use of the particular student. With his warm attention to teaching he enjoys wide popularity among students.

In 2002 and 2003 he stayed in Korea as lecturer of piano master classes on the Suwon Women College and the Phontaek University in Seoul and in summer 2003 he was teaching at an international music camp in Spain.